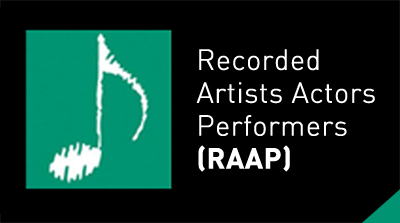 Following the introduction of the Copyright Act on 1st January 2001, RAAP was set up to distribute performance royalties to artists (main artists and session musicians). You are entitled to a payment when a sound recording to which you have contributed is publicly broadcast in Ireland and around the world. Our organisation was officially launched on 15th February 2001 and is run by performers for performers. To date, we have collected and distributed performance royalties to the tune of €50 million.

The performance right exists throughout Europe and in almost every other country in the world. RAAP has engaged in collecting this income for our members through international reciprocal agreements entered into under EU and WIPO directives.

RAAP continues to lobby Government for legislative change as we take seriously our role in protecting the property rights of you, our members. We are a founding member of IMIR, the Irish Music Intellectual Rights group, along with our colleagues IMRO and PPI, collectively. We lobby Government and the European Commission on issues that impact on the welfare of our members and the Irish music industry.

RAAP has now begun to claim audio-visual rights on behalf of Irish actors.